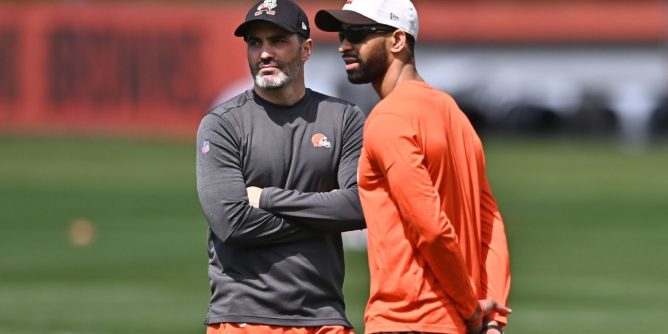 Cleveland received the most votes for highest level of work last year, but now it’s a clean sweep of these three categories in the second season of the Andrew Berry-Kevin Stefanski regime. The Browns are “making best use of resources and making every effort to gain a competitive advantage through analytics, so hearing it was a runaway was not too surprising,” said an NFC analytics staffer.

An AFC analytics employee added that Berry has “a very unique combination of people skills, general intelligence — obviously he’s got a strong IT and data science background — and he’s trained as a scout in the league. He’s got a unique blend of all those things.”

The Browns’ integration of analytics into their fabric is hardly a secret. It was first strongly embraced when Sashi Brown ran the team in 2016, then went dormant under John Dorsey and then came back to the forefront again under Berry. The Browns now have the largest analytics staff in the league, with a group that includes chief strategy officer Paul DePodesta — who began with Cleveland in 2016 at the start of the Brown era — and three vice presidents in analytics or with an analytics background.

Multiple analytics staffers posited that the Browns probably should have received more credit previously and that votes swung their way now that they are having success on the field. (Cleveland is 3-1 through Week 4.) More…