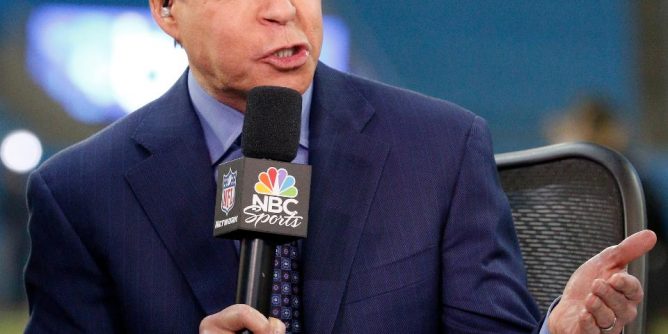 Be it basketball, golf, hockey, NASCAR, the Olympics or his beloved baseball, Costas has reported on, commentated over and anchored sporting events since 1973. Much of his multi-Emmy award-winning tenure came through the camera lenses of NBC.

That role came to an abrupt end in January. After 38 years at the network, Costas and NBC severed ties. According to Costas, it was amicable.

The reason? Football, specifically the National Football League (NFL) and its negligence on the Chronic Traumatic Encephalopathy (CTE) file. The weak side counter question I’d like to raise concerns the topic of values, specifically that of Costas, NBC and the NFL.

Throughout the years, Costas used his platform on NBC to highlight the growing concern of concussions and traumatic brain injuries. I suppose his employer simply put up with his commentary even though the NFL was arguably NBC Sports’ most important partner.

That is until it became too much when the desire for profit eclipsed values.