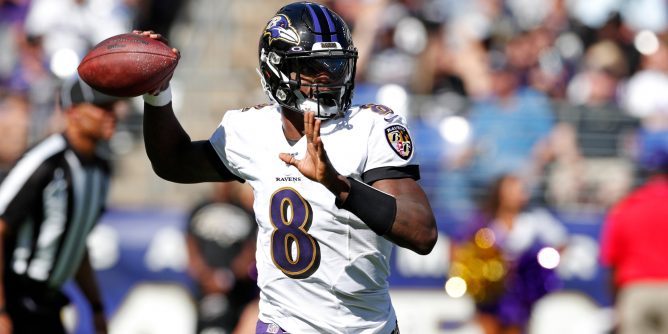 With nearly two weeks of the NFL football in the books in 2019, the 1972 Miami Dolphins only have to wait out nine teams before commending their infamous champagne toast. But not all 2-0 teams are created equal. How do we separate 2-0 from…well, 2-0?

“It’s only Week 2!” cries the casual football fan. “You are what your record says you are.” quipped the famous football coach known as “The Big Tuna.”

Call us crazy, but we’re more likely to go with Parcells over the public. Breaking down the contending status of every undefeated squad heading into Week 3…

Like the Bills, it’s enough of a win for the 49ers to be undefeated. Jimmy Garoppolo has regained the form shown in his December 2017 cameo, which has to bode very well for the longevity of head coach Kyle Shanahan.

The wins San Francisco has obtained aren’t exactly eye-opening (Tampa Bay and Cincinnati), but the fact they both came via eastern road trips has to be inspiring to a young squad. In fact, there’s a chance that the Niners could enter a crucial October 13 showdown with the Rams at 4-0, as the home slate opens in the next two weeks with matchups against the Steelers and Browns following a bye week.

It’ll be that Los Angeles game that truly shows where the 49ers stand. It’s hard not to appreciate what this team has done so far, but there’s work to be done and names to be made if they’re going to be among football’s elite.