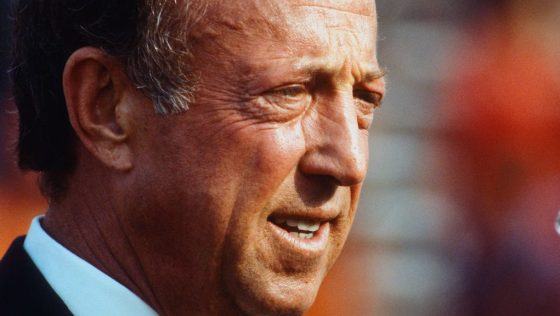 With legalized sports betting spreading throughout the country, the NFL faces the very real risk of the eventual development of a governmental entity charged with protecting the integrity of the wagers made by the American people. As it turns out, the NFL has had the possibility of a federal agency on its radar screen for decades.

A reader recently passed along a link to the debut of Frontline. First broadcast by PBS on January 17, 1983, the episode delves into the NFL’s ties to gambling.

Jessica Savitch narrates the piece, which includes an interview with Commissioner Pete Rozelle, who is repeatedly accused during the segment of looking the other way regarding ties between owners and gamblers.

A Federal agency on gambling

Consider this exchange between Savitch and Rozelle, which was preceded by comments pointing out that the Commissioner ultimately serves at the will and pleasure of the owners.

“Do you ever feel there’s a conflict of interest?” Savitch asks.

“Not as long as you have a long-term contract,” Rozelle replies, deflecting the question with a smirk.

Savitch continues: “Are you confident as the NFL is currently constructed you could investigate owners thoroughly with regard to association with gamblers?”

More on a federal agency on gambling at profootballtalk.nbcsports.com