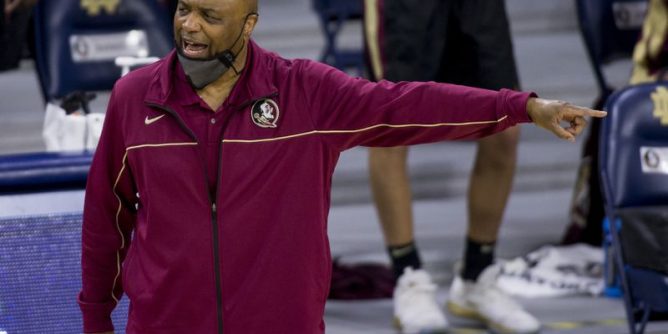 When Malik Osborne arrived at Florida State as a transfer from Rice in 2019, the forward remembers being impressed by the Seminoles men’s basketball program led by coach Leonard Hamilton.

“I saw the change toward the basketball culture,” Osbourne said during the ACC Tipoff in Charlotte on Tuesday. “We became the New Bloods. I saw the difference of emphasis that Coach Ham had on his team, as opposed to a lot of coaches I’ve experienced or viewed. He focused on the chemistry and the connectivity of the players, about open relationships and being transparent.

As FSU prepares to begin its 20th season under Hamilton, the program is at an all-time high. The Seminoles are coming off an 18-7 campaign, finishing second in the ACC during the regular season and runners-up in the conference tournament.

Click here for more on FSU Men’s Basketball  at www.sun-sentinel.com