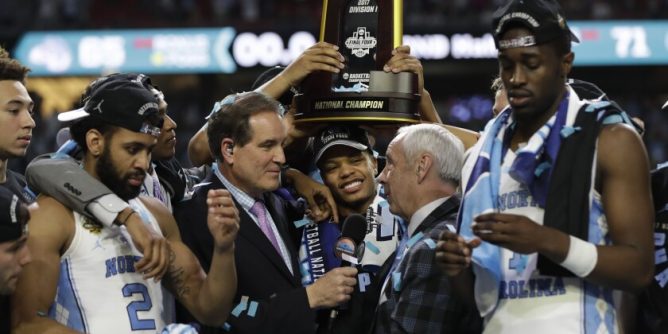 Odds are, a No. 1 seed is going to be snipping net at the end of “One Shining Moment.”

Since the NCAA men’s basketball tournament went to a 64-team field, a No. 1 seed has won 23 of the 36 championships. Baylor’s rout of Gonzaga, a fellow one seed, in last year’s tournament final was the fourth straight by a top dog and the 10th in the last 14 seasons. A two seed (five times) and a three seed (four) have accounted for nine of the remaining 13 titles. The remaining four crowns have gone to four, six, seven and eight seeds.

The lowest seed to win a championship…

How many times has a No. 1 seed won the NCAA men’s basketball tournament?   23 of the last 36 years!