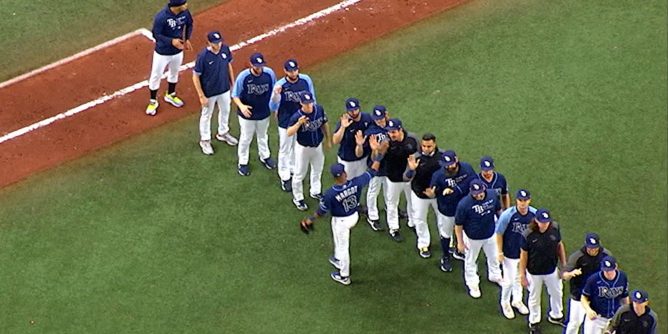 ST. PETERSBURG — For all the Rays have accomplished since their worst-to-first turnaround in 2008, they had never made three consecutive trips to the postseason. Until now.

The Rays snapped a five-year playoff drought in 2019, won the American League last year and have now officially secured a spot in this year’s postseason field. After losing in the ALDS in ’19 and falling short against the Dodgers in last year’s World Series, they expect to take another step forward in their third consecutive run through October.

“I think everybody here will hold themselves accountable and say, ‘We expect to be there, and when we get there, we expect to have success,’” reliever Collin McHugh said recently. “We’ve got a group here who might be young, but we’re not inexperienced.”

Indeed, most of these Rays have been there and done that. They handled last year’s shortened regular season and expanded postseason, marching all the way to Game 6 of the World Series. This time, the team tested by a full, 162-game season wants to finish the job.

This is how the Rays returned to the postseason.

How the Rays were built:

Here’s a look at how the Rays assembled their roster. They’ve used 61 players, a franchise record, and this list includes anyone who’s played a significant role this season — not just those likely to crack the postseason roster.

More on the Tampa Bay Rays at www.mlb.com