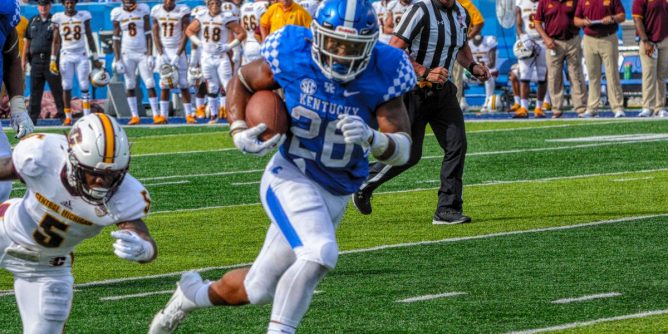 After a historic football season, many Kentucky Wildcats are turning their attention toward the NFL Draft. In fact, there is a chance that this group could break the record for former Wildcats being selected during the draft. The current leader is the 1951 group that saw nine players drafted.

In Mel Kiper’s most recent big board, not only is he continuing to give Josh Allen lots of love, but he has a few other Wildcats’ stock on the rise as well.

Allen is listed as the No. 3 overall prospect on the board, although he believes he could go earlier due to the need for for edge rushers by every team at the top of the draft. Allen is also listed as the No. 1 outside linebacker heading into the draft, while the other notable edge player, Nick Bosa, is listed as a defensive end.

“I pegged Allen before the season as a potential Day 2 pick after he broke out in 2017 with seven sacks, 66 tackles and one interception,” Kiper wrote. “But then he went and had 17 sacks — with five forced fumbles — and was dominant last season. I had him all the way up to No. 2 to the 49ers in my first and second mock drafts. Allen is disruptive, and he has the length that NFL teams love in a 3-4 outside linebacker.”