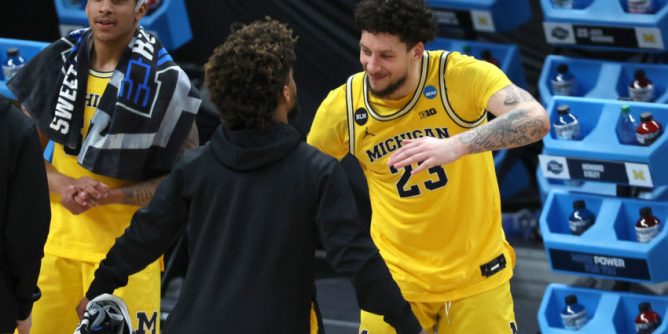 While all eyes are on the U-M football team (as they should be) for right now with their season coming up soon and them killing it on the recruiting trail, the Michigan basketball team has been doing its thing as well.

All of the freshman are finally on campus, with Caleb Houstan being the final piece to the puzzle (he arrived last Wednesday).

Now that Houstan has finally arrived, Michigan and head coach Juwan Howard (and the assistants) can finally start working with the team as a whole. Juwan can finally be as hands-on as he wants, and that should only really help. Everyone will start to learn each other’s names, learn their tendencies, and build chemistry during practices and scrimmages.

The thing that should make Michigan basketball fans the most excited about the team this season (compared to even last season), and could really help U-M down the stretch (a hidden blessing) is Michigan’s depth.

If there’s one thing that hurt Michigan last season when they lost a few games, it was true depth. Not just being able to run one or two deep, but three, four, or five deep…

More on Michigan basketball at gbmwolverine.com