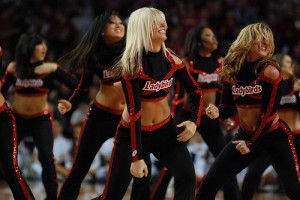 Two teams are red hot in this tournament and peaking for two of the greatest coaches of all time.  Tom Izzo’s Michigan State has come out of nowhere to be playing some of the best ball in the tournament.  That face an Oklahoma team from the disappointing Big 12 conference and this should be the end of the line for the Sooners, who just don’t have the star power to overcome Izzo and company.  There’s a reason the Spartans are a small favorite, lay the 1 1/2 points.

Similarly, the University of Louisville Cardinals looked sensational in a dominating win over Northern Iowa, a very good 30 win team.  The Cardinals have two NBA first rounders, a solid supporting cast with guys like Wayne Blackshear, and an outstanding coach in Rick Pitino.  Their weakness is a lack of bench, but I don’t envision that being a big issue in their rematch with NC State.  When they met previously, Louisville was in a rut.  Now they are peaking with all cylinders firing. NC State is a very good team but also erratic.  Lay the 2 points with Louisville.