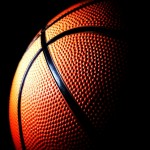 Take KENTUCKY WILDCATS (-34) and lay  the huge spread against Hampton.   This one is pretty simple.  Hampton is pretty weak team, ranking far and away with the lowest Saragin rating coming into this tournament.  The size of UK will absolutely dismantle Hampton from the very beginning, and the problem for Hampton is that UK’s bench is nearly as good as the starting five.  Look for a win by 50 or more points from the favorite to win it all.

Lay the spread with NORTH CAROLINA (-10) against Harvard.  The Ivy League was pretty weak this year, with several teams taking turns beating each other.  UNC is a vastly underseeded team based on how they finished the second half of the season.   Their speed and size will be way too much for a mediocre team to stay with them for 40 minutes.