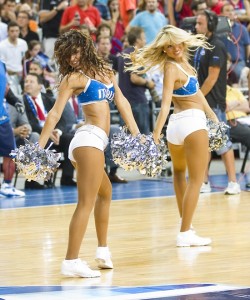 Eight great games are on tap for later this week, and most of them look like very exciting and potentially close matchups.  SpotPlays.com offers up these games for your interest.

STANFORD -3 over Dayton.  The Flyers from Dayton have shocked the world, although not here at Spot Plays as we tabbed them as an upset play over Ohio State in the early round.  However, we feel their luck runs out against a well-rounded Stanford team that has faced much tougher competition throughout the season – as evidenced by three Pac-10 teams still in the tournament.

TENNESSEE +2 over Michigan.  The Wolverines are good but their youth at the guard position is going to catch up to them sooner, rather than later in this difficult tournament.  The Vols, on the other hand, are playing some of the best basketball in the land.  Jarnell Stokes is a beast on the boards.  Tennessee wins this game outright and advances to play the winner of the highly anticipated Louisville / Kentucky game.