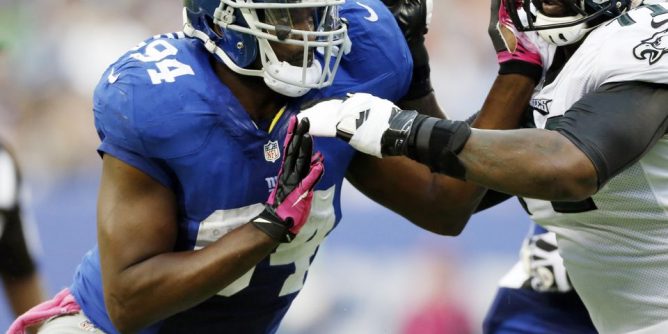 Tiger Woods has won FIVE major golf tournaments since the last time the Giants traded down in an NFL Draft.

As the sports world marvels at the 11-year gap between the 14th and 15th career wins by Woods at golf’s four biggest tournaments, try this on for size: It has been 13 years and counting since the Giants last gave up the higher draft position in a deal.

Not just in the first round. In any round!

New York Giants felt like they drafted 2 first-rounder with Saquon Barkley and Will Hernandez in 2018. Will they come away another second-round steal in 2019 NFL Draft?

It’s an almost unbelievable timespan given how many trades happen in any given draft. In 2008, there were 34 trades, an NFL record that stood for nearly a decade until 37 were made in 2017.

Teams trade down in the draft to acquire extra picks and build depth, a steady weakness for the Giants during their seven-year drought of no playoff wins.

The Giants are un