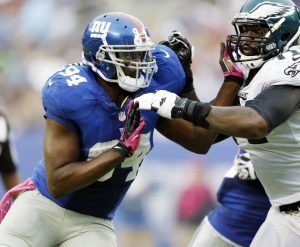 OK, we know they are not the Redskins anymore. Grow a set already.   The Washington Football Team, to avoid any confusion with the basketball team, hosts the pitiful New York Giants.  Fresh off a bad loss at home against the Denver Broncos, the Giants go into hostile Washington to take on one of the best defenses in the league. That’s not going to end well for the Giants, a team that has a lot of trouble scoring points on any given night.  The Giants also come in with a lot more injuries than Washington.

You know which quarterback has more fumbles (30) than games played in his career (28)?  That’s right, the first round, top six, draft pick guy Daniel Jones.  The young, inexperienced Washington QB, Taylor, Heinicke, has more talent than this guy and has played very well in the few games he’s been in.  Look for Jones to be held in check by Washington and, at some point, to make a critical mistake.

Take the team that was known as the Redskins for the past 50+ years and lay the 3 1/2 points over the hapless Giants.