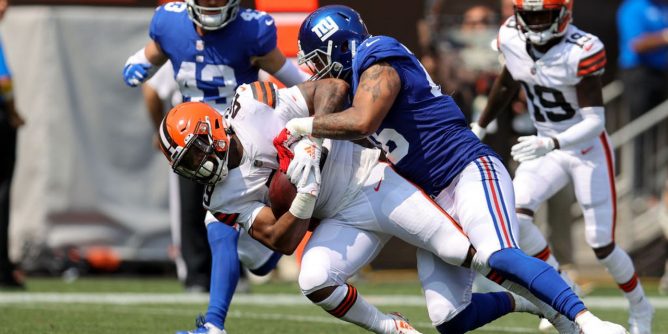 New York Giants outside linebacker Ryan Anderson will be ineligible to play in the first six games of the 2021 regular season after the NFL suspended the Alabama alumnus on Saturday.

The NFL suspended Anderson for violating the league’s Policy and Program on Performance-Enhancing Substances.

Anderson will be eligible to return to New York’s active roster on Oct. 18, a day after the Giants’ Week 6 game against the Los Angeles Rams.

Anderson will not be paid during his suspension.

Although Anderson can’t play in the first six games of the regular season, he can participate in the Giants’ preseason finale. New York will conclude its preseason slate against the New England Patriots at 5 p.m. CDT Sunday at MetLife Stadium in East Rutherford, New Jersey.