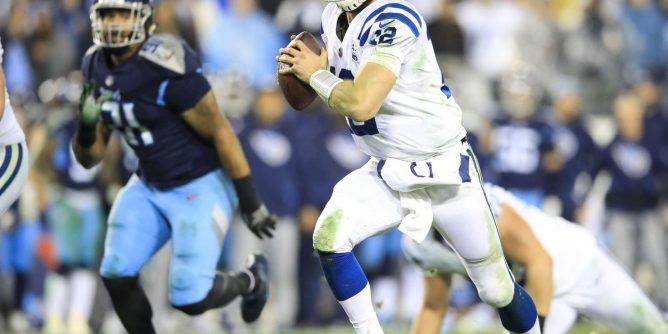 “It’s been a lot of fun,” Luck told NBC after the game. “It’s been a journey, that’s for sure. I think what this team is doing is enjoying the journey. It’s a great group of guys. I can say this with full sincerity: I love playing on this team.”

The Colts, winners of nine of their last 10 games, become the third team ever to reach the playoffs in a season in which they started 1-5, joining the 1970 Cincinnati Bengals and the 2015 Kansas City Chiefs. They’ll play the third-seeded Texans, with whom they split their two meetings during the regular season, on Saturday in Houston.

The Colts’ loss to the Texans came in Week 4 in Indianapolis, an overtime defeat in which Reich took an ill-fated fourth-down gamble instead of settling for a tie and handed Houston its winning field goal. If that loss had been a tie, the Colts would be the division champs and the hosts of next weekend’s game. But that was one of the few coaching missteps by Reich all season, and the aggressive mind-set he was trying to establish with that move perhaps played a part in the Colts turning around their season.

“To do what we just did is a pretty good feeling,” Reich said at his postgame news conference Sunday.