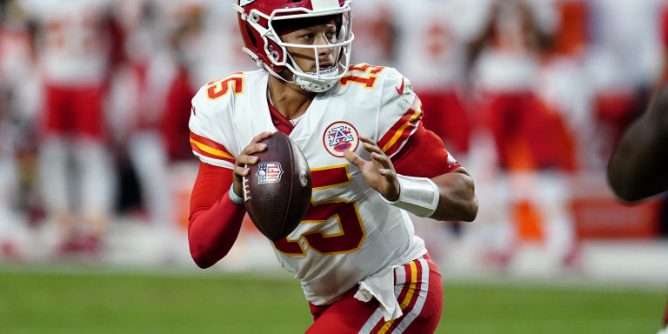 Talent doesn’t equal everything in the NFL—but it is the most important building block for a franchise to contend.

The Houston Texans, for example, could have amazing coaching in 2021 but don’t project to contend because of the dire state of their roster. It’s why onlookers rightfully were so impressed about the Tampa Bay Buccaneers keeping their Super Bowl squad together.

Only a handful of teams stick out as the most talented. They have the most important piece locked down: a great quarterback. That position is more important than any other—which is why the stacked Washington Football Team missed the cut. Otherwise, these rosters were ranked by all-around talent with an emphasis on offensive players given the makeup of today’s game.

Note that these aren’t power rankings. If all coaches were equal, these would be the best teams in the league.

The Tennessee Titans sprinted to the playoffs last year for a reason: Their roster is stacked.

Quarterback Ryan Tannehill doesn’t get nearly enough credit. Over 16 games, he completed 65.5 percent of his passes with 33 touchdowns and seven interceptions. His 11 wins and approximate value of 17 were the highest marks of his career by long shots.

On the defensive side, big-name free agent Bud Dupree joined up-and-comer Jeffery Simmons, owner of an 83.6 Pro Football Focus grade (just shy of the Pro Bowler designation) last year. First-round pick Caleb Farley boosted the talent of a secondary that should have even better pass-rushing production in front of it thanks to the addition of Dupree.

Tennessee might have a hard time without offensive coordinator Arthur Smith at the controls, but on talent alone? There aren’t many better rosters.