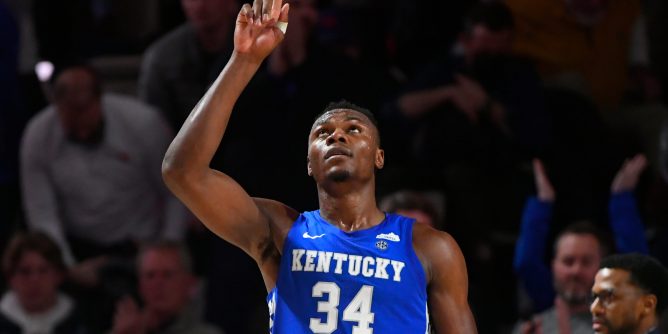 Going into the 2021-22 men’s college basketball season, one of the biggest story lines centered on how much the sport would change as a result of adjusted NCAA transfer rules.

Every Division I player suddenly had the option of transferring to a different team to better their basketball career, making for a free agency-esque summer. If power conference teams needed to fill out their rosters, this offseason they had mid-major programs and the like from which to poach.

Now that the smoke has cleared and we’re midway through the season – with March Madness right around the corner – we have a better idea of which teams hit the jackpot by adding a player from another team.

A look at the six most successful transfers:

The 6-9 big man transferred from West Virginia and was expected to make an impact on coach John Calipari’s squad. But Tshiebwe is having an All-American campaign, averaging 16.3 points, 15.1 rebounds and 1.5 blocks. His 17 points and 14 rebounds set the tone for UK in a dominant win over Kansas last week, while his 21 points and 22 rebounds against Mississippi State on Jan. 25 when TyTy Washington was out helped carry the Wildcats. Tshiebwe gives this team muscle on the interior and a necessary backbone as a Final Four threat…