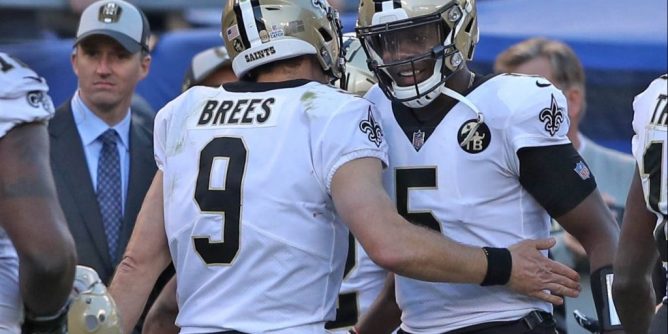 Teddy Bridgewater made a truly odd decision during free agency this week. Unlike so many important players and general mangers, Bridgewater didn’t make a knee-jerk reaction to fix an immediate problem. He didn’t think about making things better for next year — and next year alone.

Bridgewater looked at the big picture and made a decision that set himself up for the long term. He decided to return to the New Orleans Saints rather than join the Miami Dolphins, who had a bigger offer on the table, according to NFL Network’s Jane Slater. It was the type of rational decision we’re not accustomed to seeing during free agency.

Teddy Bridgewater expected to re-sign with the New Orleans Saints despite a bigger deal on the table from Miami. I’m told Bridgewater values the locker room culture and prospect of one day becoming the Saints starting QB per source informed. #Saints

At first, Bridgewater’s choice seems like a foolish one: Why return to being a backup when he could start for Miami? But taking the starting role for the Dolphins doesn’t mean much when they could easily draft a quarterback in the first round in 2019. When first-round quarterbacks enter a facility, they tend to start, no matter who else is there. Only two of the last 22 first-round quarterbacks failed to start in their rookie year(Patrick Mahomes, Jake Locker). Bridgewater wisely doesn’t want to subject himself to those odds. He already tried that in 2018 when he lost the job to the New York Jets’ 2018 first-round pick, Sam Darnold…