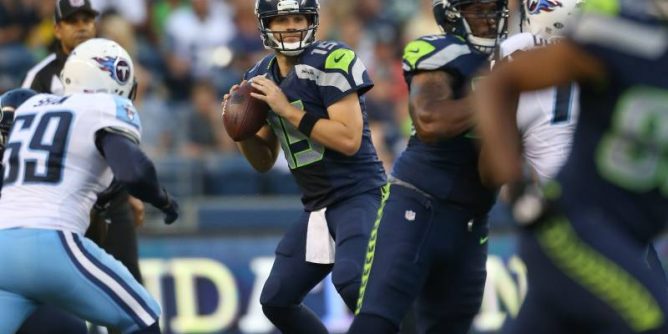 Percy Harvin took the NFL by storm as a rookie with the Minnesota Vikings, but his career in Seattle wasn’t exactly what Seahawks fans hoped it would be.

A first-round pick out of Florida, Harvin was the Rookie of the Year in 2009. Along with 790 yards and six touchdowns as a receiver, he earned a Pro Bowl spot as a kick returner with 1,156 return yards and a pair of scores.

Harvin had some solid seasons after his rookie-year breakout, but a string of illnesses, migraines and injuries kept him from living up to his full potential. The Vikings eventually traded him to the Seahawks in exchange for 2013 first- and seventh-round picks and a 2014 fourth-rounder.

After Seahawks general manager John Schneider traded away that draft capital, he then signed Harvin to a six-year, $67 million contract with $25.5 million guaranteed. Unfortunately, the former Gator wasn’t on the field for nearly that long with Seattle.

The dynamic receiver started the 2013 season on the physically unable to perform list and didn’t see his first game action until Week 11 against his old team. That was the only contest he played during the regular season, and he caught one pass for 17 yards.

Harvin did return a kickoff for a touchdown in the Super Bowl XLVIII blowout over the Denver Broncos, but he was eventually traded to the New York Jets for a sixth-round pick midway through his second season with the Seahawks. He never returned to his old form after that, making his acquisition and six-year contract one of the worst decisions of Schneider’s career.