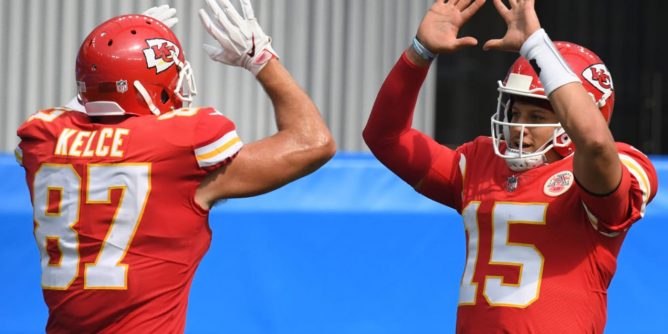 A busy offseason filled with veterans swapping teams amidst cap-induced decisions has left the NFL landscape as unclear as it has ever been. The top of the AFC and NFC have big threats to win the Super Bowl. Some teams have excellent offensive units, while others are more stacked on defense.

We’re ranking the top 10 most talented NFL rosters across the league. While the quarterback position makes the biggest difference, these 10 teams have built something potentially special on at least one side of the ball. There’s no reason why teams on this list shouldn’t be contending for a playoff spot in 2021.

Impact starters and true stars can help carry a roster to a title. But the wrong deficiency can also hamstring the best of teams. Finding the right balance of elite talent and depth is the toughest task every general manager faces each offseason.

The free agency period and NFL Draft brought a ton of change. Let’s dive into the 10 best rosters across the league.

One of the huge winners of the offseason was the Chargers. Already stacked with quality playmakers and young quarterback Justin Herbert, the Chargers had one clear task: protect Herbert with better blockers. The team was able to land three starters in Rashawn Slater, Corey Linsley, and Matt Feiler. Right tackle Bryan Bulaga is a solid presence in place, and left guard will have a competition between Oday Aboushi and Brenden Jaimes.

The offense just needs to stay healthy. There’s virtually no depth on the unit but the starters are excellent. Keenan Allen, Mike Williams, Jared Cook, and Austin Ekeler are an analytics dream team. Herbert will need to push the ball downfield more than he did last year in order to keep the unit effective and not just about the highlights.

The defense has some question marks in the back seven after cutting cornerback Casey Hayward and losing Melvin Ingram to free agency. Can Uchenna Nwosu, Asante Samuel Jr., and Derwin James Jr. be impact starters in 2021? James must stay healthy as well, which is a massive issue for the freak athlete.

The Chargers are close to being a contender, but aren’t quite there yet until these issues are addressed. It’s possible their in-house options take care of the concerns but this snake-bitten franchise hasn’t had that sort of injury luck in many years.

More on the NFL’s 10 Best Rosters at www.complex.com