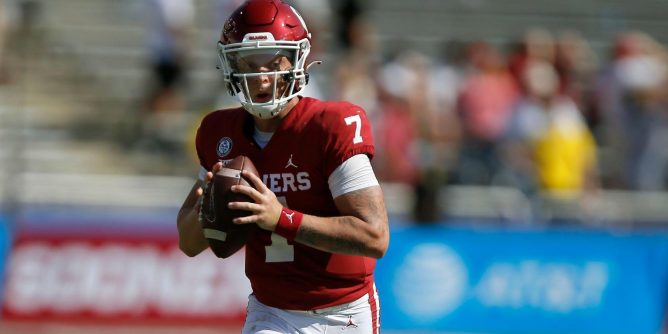 With the 2021 college football season beginning today, NFL scouts will be keeping an eye out for top prospects to target in the 2022 NFL Draft. Players like Oklahoma quarterback Spencer Rattler, LSU cornerback Derek Stingley Jr. and Notre Dame safety Kyle Hamilton are all but certain to hear their names called early in Round 1, but with 259 picks in the draft, lots of schools will get to see their players drafted into the NFL.

Across NFL draft history, Notre Dame and USC have seen the most alums get drafted, according to drafthistory.com — and they are also the most popular programs for the Eagles over time.

Notre Dame and USC were actually tied for the most draft selections ever entering the 2021 draft with 511. But nine Fighting Irish players were picked compared to just five Trojans, giving Notre Dame the all-time edge with 520. Notre Dame’s nine selections in 2021 were the school’s most since 1994 when it had 10.

Those two schools won’t have any competition for the top two spots in the near future, as trailing Notre Dame and USC by a wide margin is Ohio State with 473 picks. The Buckeyes just enjoyed a second straight draft with 10 players getting selected.